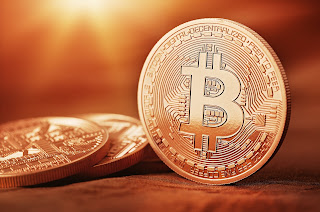 It’s a form of digital currency created electronically in which encryption technique is used to regulate the generation of units of currency and to verify the fund transfer. It’s operating independently of a central bank.Nobody is there to control it.

The Bitcoins aren’t printedlike dollars. Bitcoin currency is fully unregulated and totally decentralized. There is no guarantee or insurance coverage for your deposit with Bitcoin.

You can use your Bitcoins to purchase goods and services online, or you can gather them hoping that their value might increase over the years.Bitcoins are transferred from one personal 'wallet' to another.

Transactions takes place directly with no middle men – meaning, no Banks! Thetransaction fees are too low and no need to give your real name. Bitcoin has been recorded as the first decentralized digital currency in the world.
Bitcoins can be earned by two ways – as a reward for mining, or it can be exchanged for other currencies,products, or services.

Miners are the collective network of people who contribute their PCs to the Bitcoin network.They are paid for their accounting work by earning new Bitcoins each week. 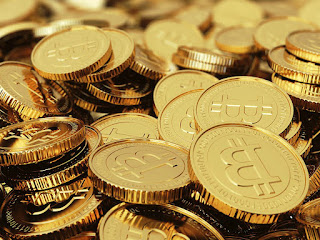 How is it Different from Normal Currencies?

Bitcoin is used to buy things electronically only. It’s not a printed or physical currency.

Mr. Satoshi Nakamoto - a software developer - proposed the digital currency - Bitcoinin 2009. The concept was to create a currency independent of any Bank authority, which is able to transferelectronicallywith very low transaction fee.
Currently, it’s estimated that over $1B of investment has been made into Bitcoin sector. Several companies and thousands of individuals are involved in Bitcoin currency trade from around the globe.

The Working Principle of Bitcoin

Our traditional currency like dollar or pound has been based on gold or silver. That means, if you deposit a dollar at the bank, you could get some gold back, but in the case of Bitcoin, it’s not based on gold; the currency itself is self-contained. It’s based purely on mathematics.
People are using software that follows a mathematical formula to createBitcoins.
The final point is, Bitcoins trade can’t be monitored or controlled by Govt. agencies, banks or tax men. So, it might not be supporting any Govt. or nation’s interests.

The Features of Bitcoins 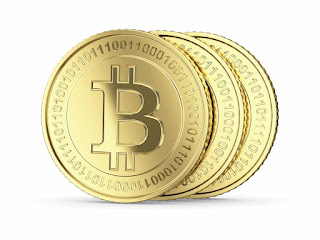 Bitcoin is not 100% secured like other currencies. The person who has Bitcoins with him should find his own precaution in order to not be stolen by hackers.

Bitcoin is primarily written in C++. Java and Python languages are also used. 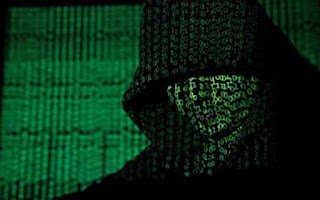 The WannaCry Ransomware is a crypto worm which targeted the Microsoft Windows OS computers, by encrypting data, blocking access to the files and demanding payments in the Bitcoin cryptocurrency.

Microsoft had already announced the vulnerability issue on March 14 and advised users to patch their software.

The WCry is a specific hacking program which locks all the data on a computer system and leaves with only two files: directions on what to do next and the Wanna Decryptor program itself.

When the user opens the software, it informs the users that their files have been encrypted (locked), and gives them a few days to pay the ransom amount, with a warning that their files will be deleted if not paid within the date. WannaCry demands the payment in Bitcoin, it will show the instructions on how to purchase it, with their Bitcoin address to send it to. 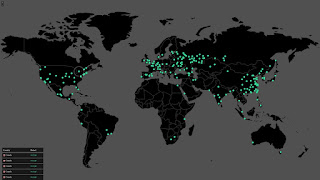 Recently, some cyber security companies have developed sophisticated tools against cyber-attack, including machines which fight back when they identify hackers in a system.

What to do if WannaCryAffected - Should you PAYor NOT?

It’s advised to never pay the ransom amount as it encourages the hackers to continue with their hacking process. Even if the amount is paid, there is no guarantee that all files would be returned safe.
The best thing to do in such a situation is to restore all files from the back up source. If it’snot possible, there are some tools available now which can decrypt and recover the encrypted files.

The Ransomware hackers often demand between 0.3 and 1 Bitcoins (£400 - 1,375).
The Bitcoin digital currency has been popular among cyber attackers,because it is practically impossible to find out or track who’s playing behind while using Bitcoin unlike traditional currencies. 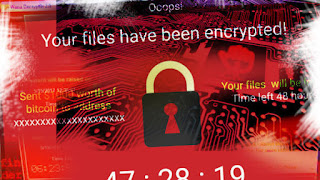 How Did the WannaCry Spread to Other PCs?

Detailed analysis from Anti-virus/Anti-malware developers like Proofpoint, Symantec and Kaspersky got evidence that WannaCry Ransomware began to spread via Microsoft's SMB flaw. This system is meant to share files between PCs on closed networks but can easily be exploited if one PC is connected to a public network.

Like most other malwares, it is also written in C, C++ Programming Language.

Please visit our Trainingpage for the detailed information, syllabus and outline.